David Yeager is an experimental development psychologist in the department of psychology at the University of Texas at Austin. In his academic research, he examines the causes of and solutions to adolescent health problems, such as bullying, depression, academic achievement, cheating, trust, or healthy eating. He often focuses on adolescent transitions—the transition to middle school, the transition to high school, or the transition to college—as a place where there is great opportunity (and risk) for young people’s trajectories. Formerly, Yeager was a middle school English teacher and a K-8 PE coach for a school in Tulsa, Oklahoma. He also coached middle school basketball and ran the after-school book club.

In May 2014, he was the subject of a major New York Times Magazine article (“Who Gets to Graduate?”) by education speaker Paul Tough, in which he was named “one of the world’s leading experts on the psychology of education.” He has co-authored work on grit and grit-testing with Angela Duckworth and on growth mindset with Carol Dweck. And he’s been quoted in high-profile articles on academic tenacity by Scott Barry Kaufman. In May, 2013, Dr. Yeager chaired and co-hosted a national summit on mindset interventions at the White House Office for Science and Technology Policy. This event led to the launch and co-chairing of the “Mindset Scholars Network,” an interdisciplinary research network housed at the Center for Advanced Study in the Behavioral Sciences (CASBS), where he was a 2014-2015 fellow. There are two flagship projects of the Mindset Scholars Network: the “National Mindset Study,” a test of mindset interventions in a national probability sample of high schools, and the “College Transition Collaborative,” which will test social-belonging interventions with a census of matriculating students at over a dozen colleges. His work has appeared in places like The New York Times, The Atlantic, Scientific American, The Wall Street Journal, The Guardian, and beyond.

Yeager holds a PhD and MA from Stanford University, and a BA and MEd from the University of Notre Dame. He is a William T. Grant Foundation scholar, a Fellow at the Carnegie Foundation for the Advancement of Teaching. His research has earned awards from the Spencer Foundation, the Society for the Psychological Study of Social Issues, the Society for Research on Child Development, the American Educational Research Association, Division 7 of the American Psychological Association (APA), the APA Science Directorate, the Collaborative for Academic, Social, and Emotional Learning (CASEL), and the International Society for Research on Aggression. He is a member of the Human Capital and Economic Opportunity Global Working Group and the New Paths to Purpose network at the University of Chicago. 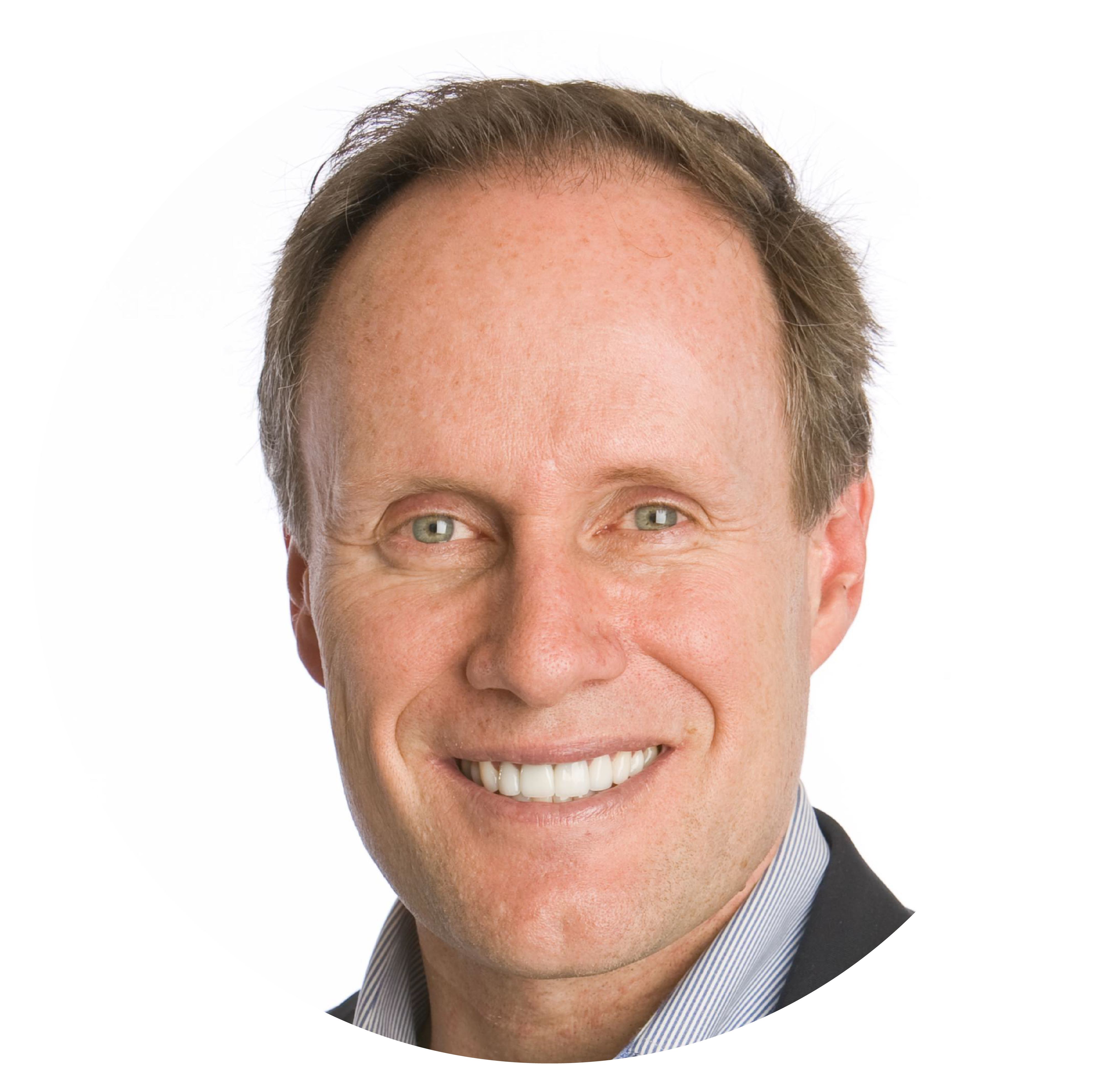 A sought-after and compelling keynote speaker and advisor on trust, leadership, ethics, and high performance, he speaks to audiences around the world. He is the New York Times and #1 Wall Street Journal bestselling author of The SPEED of Trust, a groundbreaking and paradigm-shifting book that challenges our age-old assumption that trust is merely a soft, social virtue and instead demonstrates that trust is a hard-edged, economic driver. He and business partner Greg Link also coauthored Smart Trust: The Defining Skill That Transforms Managers Into Leaders, which shares enlightening principles and anecdotes of people and organizations that are achieving unprecedented success from high-trust relationships and cultures. Stephen advocates that the ability to establish, grow, extend, and restore trust with all stakeholders is the critical leadership competency of the new global economy. He passionately delivers this message and is dedicated to enabling individuals and organizations to reap the dividends of high trust throughout the world. Audiences and organizations alike resonate with his informed, practical approach to real-time issues that affect their immediate and long-term performance. Over the years, Covey has gained considerable respect and influence with executives and leaders of Fortune 500 companies as well as with universities and school systems around the world. on the board/advisory board of several entities, including the Human Performance Institute—the leader in energy management technology—where he serves as Advisory Board Chairman. Covey resides with his wife and children in the shadows of the Rocky Mountains.

*only presenting at Akron location 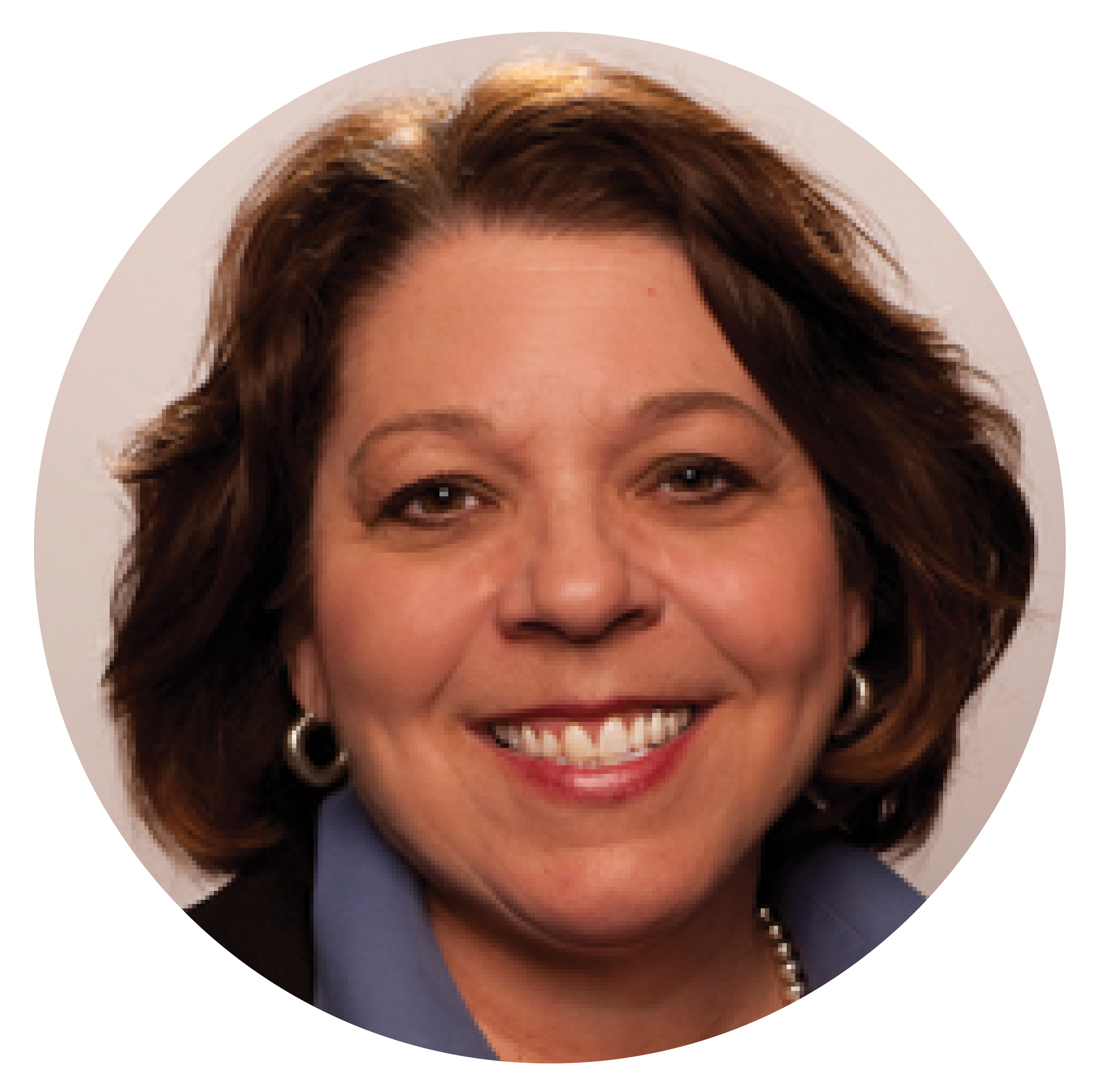 As principal of A.B. Combs Leadership Magnet Elementary School, Muriel Summers and her staff created the first leadership elementary school in the nation using FranklinCovey’s The 7 Habits of Highly Effective People as a foundation. Muriel’s school has been featured on several national television programs including PBS, Good Morning America, and The Oprah Winfrey Show. A.B. Combs is also featured in Dr. Stephen Covey’s books The 8th Habit and The Leader in Me. During her tenure at A.B. Combs, Muriel has earned numerous awards for her school, including the National Blue Ribbon School of Excellence, the #1 National Magnet School in America twice (2006, 2014), twice the National Title 1 Distinguished School, the National Elementary School of the Year, the North Carolina Honor School of Excellence, the North Carolina Governor’s Entrepreneurial Award, and the National School of Character Award.

*only presenting at Akron location 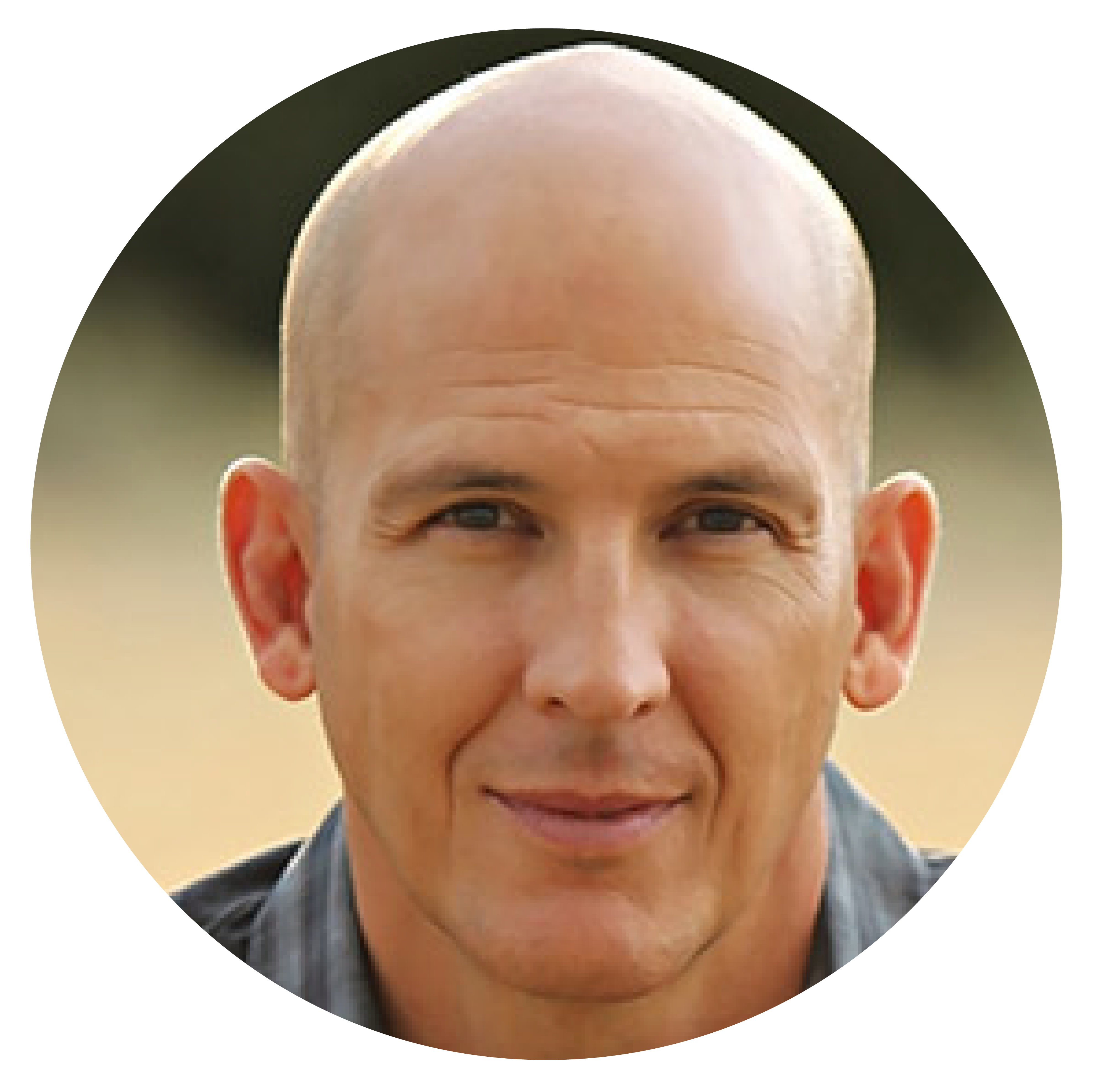 Andy brings a wealth of experience working with organizations that are serious about “winning.” Constantly pushing himself and his teams to succeed. As a former principal of one of the most successful high schools in America, Andy brings a depth of real world situations; helping schools and district close the execution gap. In addition to his work in education Andy has been relied on by corporations, the U.S. Armed Forces, the National Guard, and several U.S. government departments and agencies. Andy is a highly-rated keynote speaker and has addressed audiences worldwide, engaging clients in China, the United Kingdom, Canada, Mexico, Malaysia, Thailand, Borneo, Singapore, Germany, and Belgium.

Andy earned a M.Ed. in Educational Leadership and a B.S. in teaching psychology, history, and coaching from Brigham Young University after studying design at Kansas State University. 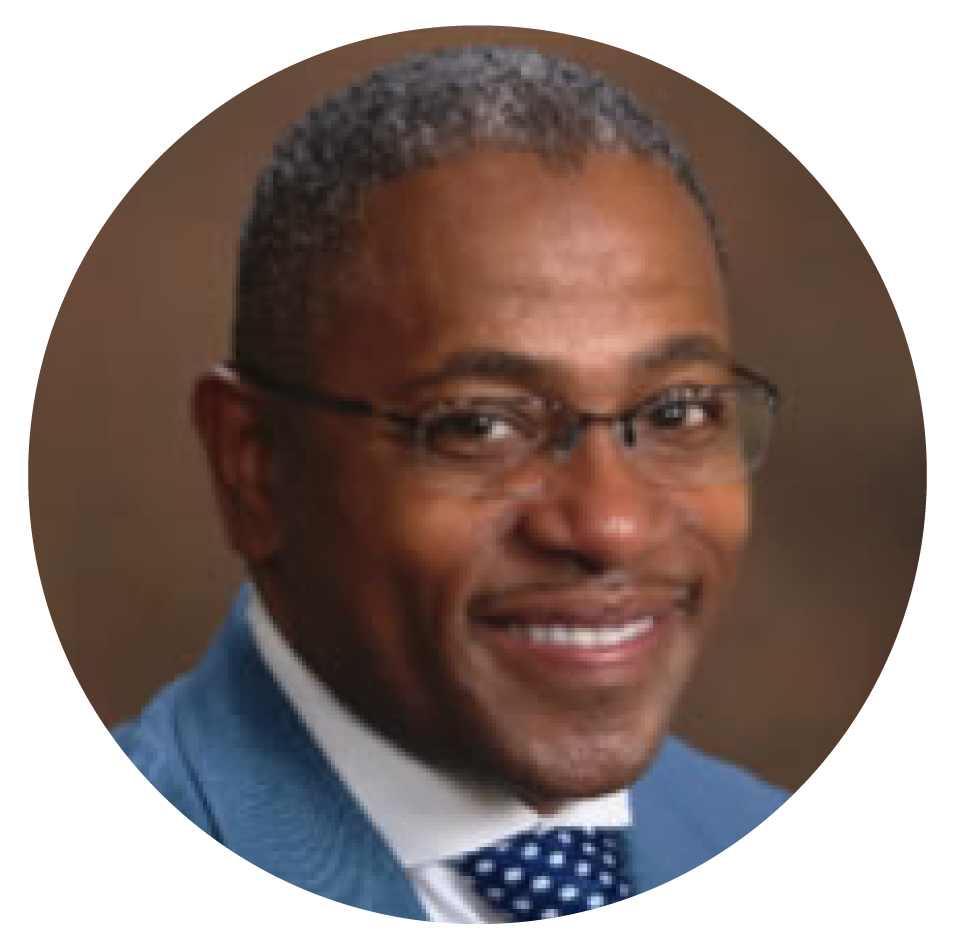 William Blackford IV
The Leader in Me – International Consultant

William McKinley Blackford IV is a Senior Consultant for FranklinCovey International and Education Division. As a Senior Consultant he empowers educators and administrators to create systems that enable greatness through The Leader In Me Process. The Leader in Me is a school-wide leadership development process for both students and staff members—of which The 7 Habits of Highly Effective People is a foundational piece. It integrates timeless leadership principles into school culture, driving transformational results.

He has been partnering and consulting with school systems for the past 20 years to inspire and motivate students to achieve. His passion has afforded him the opportunity to train and develop individuals in London, Nigeria, Ghana, Kenya, Canada and all over this the United States. Students and educators describe him as sincere, powerful, energetic and soul stirring. With his expertise, sense of humor and ability to connect, he quickly creates a climate for transformational development.

William lives in Louisville, Kentucky with his wife, Nell Knox-Blackford and their four children: Jelani, William V, Nila and Kayden. His interests are hunting, fishing, sports, poetry and reading. He is an avid football fan and a former student-athlete for the University of Louisville where he was a standout player with All-Conference and All-American (honorable mention) honors.

Join us in this two-day event designed to help others become better leaders, find the leader in themselves, and identify the best practices for creating a culture of ownership.